“I am so glad I was a part of the CAP program first year for several reasons, but the most prominent reason being that it taught me how to think critically about the world in ways I had never been taught before. It also transitioned my mindset nicely from high school to university because while the classes are rigorous, the professors are approachable and the subjects are intriguing. When I make art pieces now, I begin by asking myself “does this piece have a larger social or political meaning behind it so that my audience can connect with it?” I would highly recommend the CAP program to any incoming Arts student.” 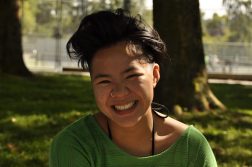 “CAP opened up an array of possibilities for my career that I did not know was possible. The program has also demonstrated the power of collaboration in my career and the great things that can be created in media when working with other people.

“Having an entire slew of university courses to choose from, it turns out that the Culture and Media stream was the perfect fit for me.  Not only did it provide me with ample topics to wrap my brain around, but it also pushed me to discover other disciplines that currently inform my own.  The relationships and resources that I established in CAP continue to strongly influence my endeavours in Film Production and Visual Art!  Also, the event food is pretty good too.” 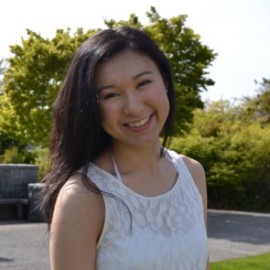 “I always wanted to pursue my career in the field of communications, but it was not a program offered in UBC. However, when I came across the CAP Culture and Media stream, I took the risk in joining this year long program, with courses I had no intention in ever taking. Little did I know, if it weren’t for this program I would not have been exposed to such interesting courses like Film Studies or topics belonging to Gender, Race, and Social Justice, in which I immediately fell in love with.”

“Being part of the New Media and Society stream [now Media Studies] really helped solidify my goals and visions for my UBC experience. I am really interested in journalism and social activism and both of these areas were explored in my program. It did not take me long before I decided to pursue a PhD route after my undergrad program. The professors in the program exposed me to the potency of fostering social change through education and taught me the importance of using our critical thinking skills when engaging with social phenomena.”