CAP was first launched in the 2005/06 academic year. It was pioneered by Nancy Gallini, the Dean of Arts from 2002 – 2010, with the objective of creating a small learning community for first-year students that would increase student engagement, facilitate better learning, and, ultimately, improve the first-year experience of Arts students at UBC. 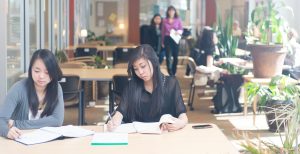 In CAP’s pilot run in 2005-06, several streams were created based on an analysis that identified the popular combinations of courses selected by first-year students. After the one-year pilot, CAP was officially approved by Senate on April 19, 2006. Since its humble beginnings in 2005, the number of CAP students enrolled each year has more than doubled. Today, more than 550 students from 45 countries worldwide register in the program every year.